Power transmission line is one of the pivotal parts of a power system. It connects power generation house with the consumer even in the long distances. Research on current diffusion on the conductor is inevitable to maximize the power dispatch on transmission line. The main purpose of this study is to recognize the behaviors and characteristics of current diffusion in double-plates conductor for further development in the future. The research outcomes would be very useful, particularly in the transmission line study. In this paper, study will be focused on the characteristic of current diffusion in conductor due to its variation impedance value of load particularly when resistive load is smaller than the conductor impedance (Zo). This research is conducted by experimental test and carried out through extensive simulation using MATLAB and Visual Basic Program in MS. Excel. Poynting theory is employed as a validation approach. The simulation and experiment results show that if RL is smaller than the line impedance Zo, deficiency current establish will occur where the electromagnetic energy is not sufficient for the load. 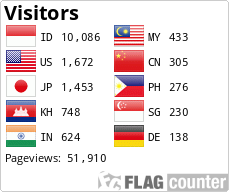 The EPIJE is published and managed by Center of Technology (COT), Hasanuddin University